As we all know the primary purpose of an auto show is for car makers to exhibit their upcoming models, future design trends and technological innovations.  Basically, they want us to get real excited about buying their latest products so they can make money and keep making cars.  Sounds good to me.

But sometimes, if you've been good, they'll give you extra treats.  Of course, these treats are a little old fashioned compared to their flashy new counterparts.  But sometimes, old favourites can really hit the spot.  Here, in no particular ranking, were the top three classics on display at Detroit this year. 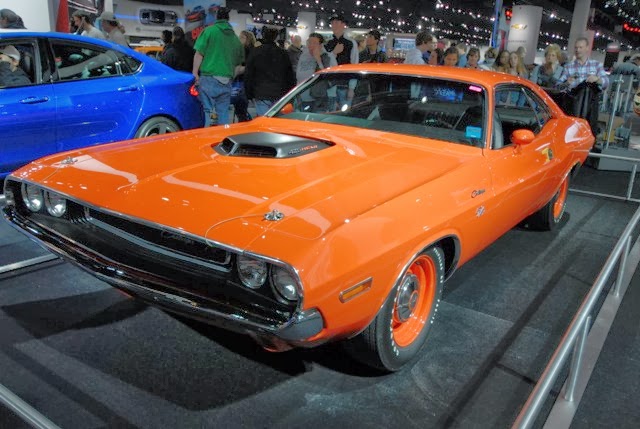 Can I come up with an original thought to describe this awesome classic Mopar?  No, not really.  What more can be said about this Hemi powered pony car that hasn't already been expelled by the countless automotive writers that have come before me?

Lets go over the basics though: 426c.i. V8, black bucket seats, 4-speed, hemi orange paint job with colour matching rims... other than the hood scoop - which I suspect is a custom touch, I was crazy for this car.

Now the Challenger isn't my favourite Dodge from the muscle car era.  That honour belongs to the Monaco.  Just kidding, I'm a Charger guy.  Nothing against the Challenger though, it is a most excellent and worthy classic Mopar.  I just enjoy the extra room and heft the Charger brings with it.  There's something magical about making a massive hunk of metal roar down the highway.  But if you dropped the keys of this orange beauty in my hand, I wouldn't refuse. 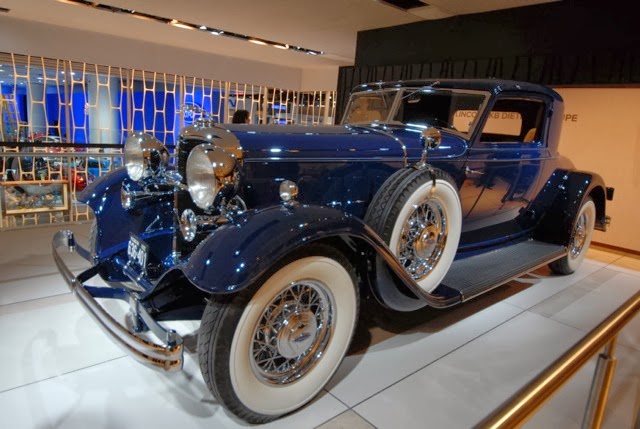 Those of you who know me and my classic car tastes will be aware of the fact that if a car was built before 1967, I probably don't know much about it (with a few exceptions of course).  It's mostly due to styling preferences.  I think cars really came into their best from an aesthetic point of view in the late 1960's, then promptly went to hell in about 1974.  I'd say it's only been about a decade or so since automotive manufacturers have really started coming back into good, timeless designs again.

But back to my point.  This 1932 Lincoln is a great looking car.  Everything flows together, especially all of the trim and bright work.  I was really captivated by the slight rake of the windshield, which is a real departure from the properly upright greenhouses of many of the cars from the late 1920's and early 1930's.  And take note of the position of the door handle.  Why, opening a door from that angle would be suicide!

Motivating this rolling masterpiece is a V-12 that produces about 150 horsepower.  Now that may not sound like a lot, but Most cars in those days were only offering between 75-100 ponies, so this motor would have been a hauler in its day.  Therefore, I heartily approve of this fine motor car!
Ford Mustang I Concept 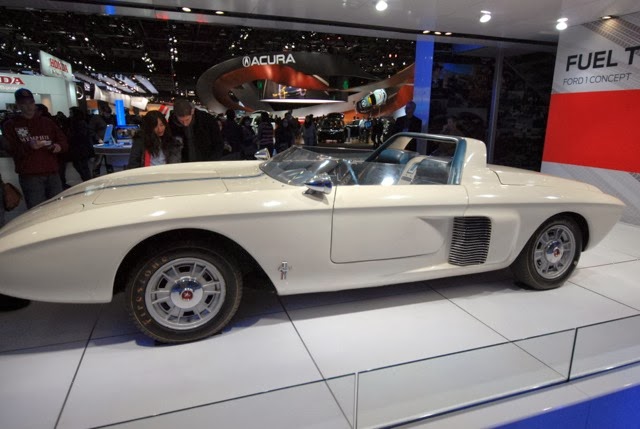 Probably the most interesting classic on display was this original Mustang concept.  This was the one that
started a cult-status dynasty (and no, I'm not talking about those bearded folks from down south).  Created by a team led in part by Lee Iococca, this concept was originally intended to fight the Chevrolet Corvair.  As such, this two-seat open topped roadster was powered by a mid-mounted four cylinder motor housed together with a four speed manual transmission.

Although it lacked a big powerful engine, it made up for it by being light.  Performance, after all, is relative to power and weight (which has always been my excuse why I can't do too many chin-ups).  In fact, when the car debuted in 1962 at the United States Grand Prix, the test lap it did was only slightly off pace from the Formula 1 cars.  Not too shabby!

The most important aspect of this car is that it ushered in the arrival of the four-seat Falcon based production version of the Mustang.  Instead of being a sports car, the Mustang started its own genre of vehicle: the pony car.  Without it we likely wouldn't have had competition that followed, such as the Camaro, the Firebird or the Challenger.  And what fun would that be?

Special thanks to my uncle Dan for the awesome photos.