Sometimes life is a little busy, so I can't get to the blog as often as I like or as soon after doing something awesome that I would like.  For those of you who didn't know, I was in Detroit on Sunday.  If you have to ask why, maybe this isn't the blog for you (just kidding, I will convert you!).  My dad and my uncles have been going to Detroit for the auto show pretty much every year since I was a kid.  Being a car guy, I have occasionally been known to take advantage of this and tag along.  Today I'll address one of the side benefits of going to the auto show - free stuff!

In years past I have been known to dive into the swag being passed out during the show.  Mostly that consists of getting a few car company logo bags and filling them with brochures.  Sometimes though, there are some pretty cool little extras.  These can include posters, t-shirts, buttons, toys and all manner of other freebies.

This year, I finally gave in to the fact that everything I ever need to know about any car I can find on the internet in about 10 seconds.  As a result, I passed on all but a single brochure.  However, I did grab some of the more interesting items! 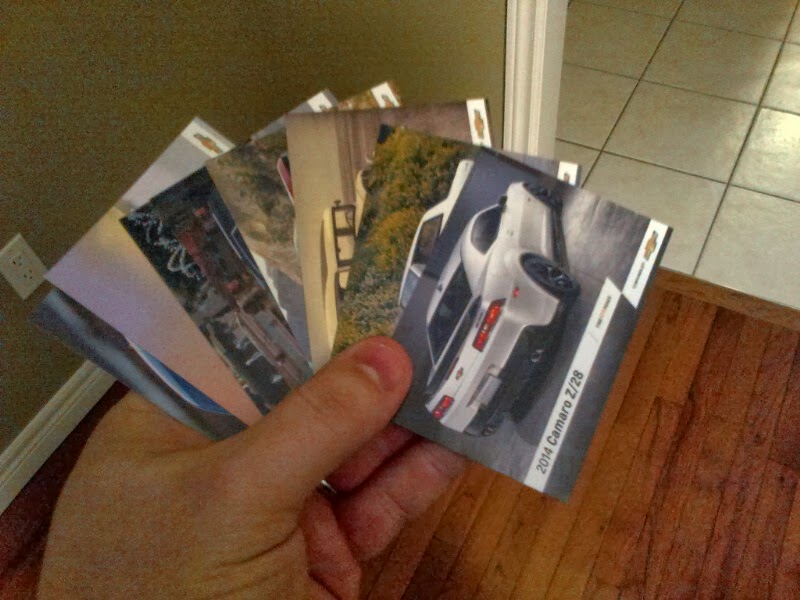 Chevrolet was handing out a couple of cool items.  First, they had a collection of buttons.  Most of them I really didn't want, but they had one with the Corvette Z06 emblem on it that caught my eye so I snatched a couple.  The coolest thing they had were Chevy trading cards.


They came in two series, each having eight or so cards in them.  They included new models and classics, with bright pictures on the front and interesting facts on the back.

From Harley Davidson I got a neat beer cozy.  I know, using Harley Davidson and cozy in the same sentence seems like a bit of a contradiction, but beer makes it better.  Just don't drink and ride. 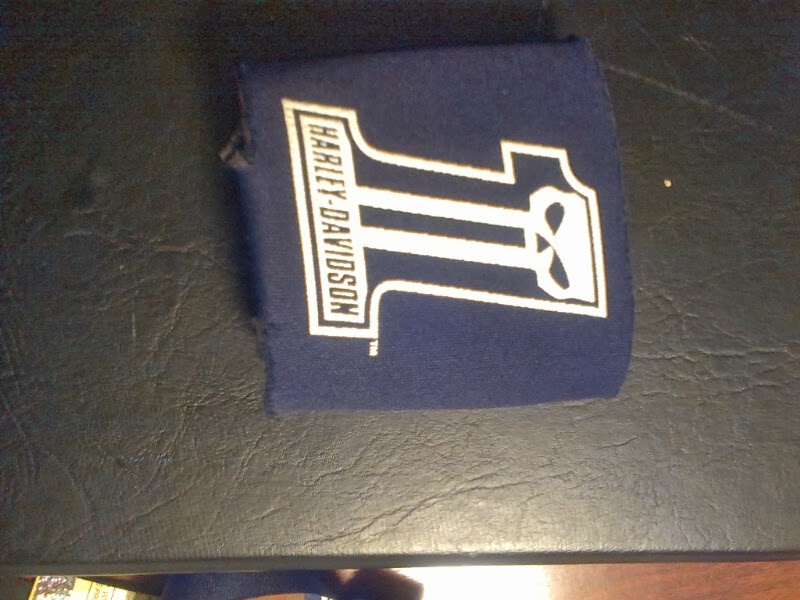 In a blatant attempt at drumming up some interest from a younger market, Toyota teamed up with DUB and created some custom... wait for it... Avalons.  Actually, I have to admit, one of them looked pretty good.  It had a great black and white interior and a trunk full of speakers.  Sure there's no room for golf clubs, but you'll be too busy looking for the dentures the sub-woofer knocked out of your mouth to miss the links.  From this odd display I got a free t-shirt (a smallish XL which will be donated to Michelle's sleepwear collection) and a lanyard.

There were a few other things being handed out.   However, I missed out on a few of the bags and well, with just my bare hands I can only carry so much while still being able to enjoy checking out the new cars... which is the best part and the whole point of the show.  But still, be on the lookout for cool freebies.  They're a great souvenir that you don't have to pay for... until the survey you filled out results in a mid-dinner phone call from a telemarketer.  But you can cross that bridge when you get there!

A little confession is also due.  I didn't bring a camera with me to the show... now before you scoff and stop reading, my uncle did!  Since he's a way better photographer than I am and has a much, MUCH better camera.  Best part is, he's agreed to supply the upcoming coverage with sweet images.  Prepare for some awesome shots!