Probably the biggest car news from the front is that I’m the proud new custodian of a 1985 Ford LTD Crown Victoria.  It’s a bit of a family heirloom, having originally belonged to my wife’s grandparents.  It’s basically been sitting in a barn for the last 10 years though, so it needs a little TLC. 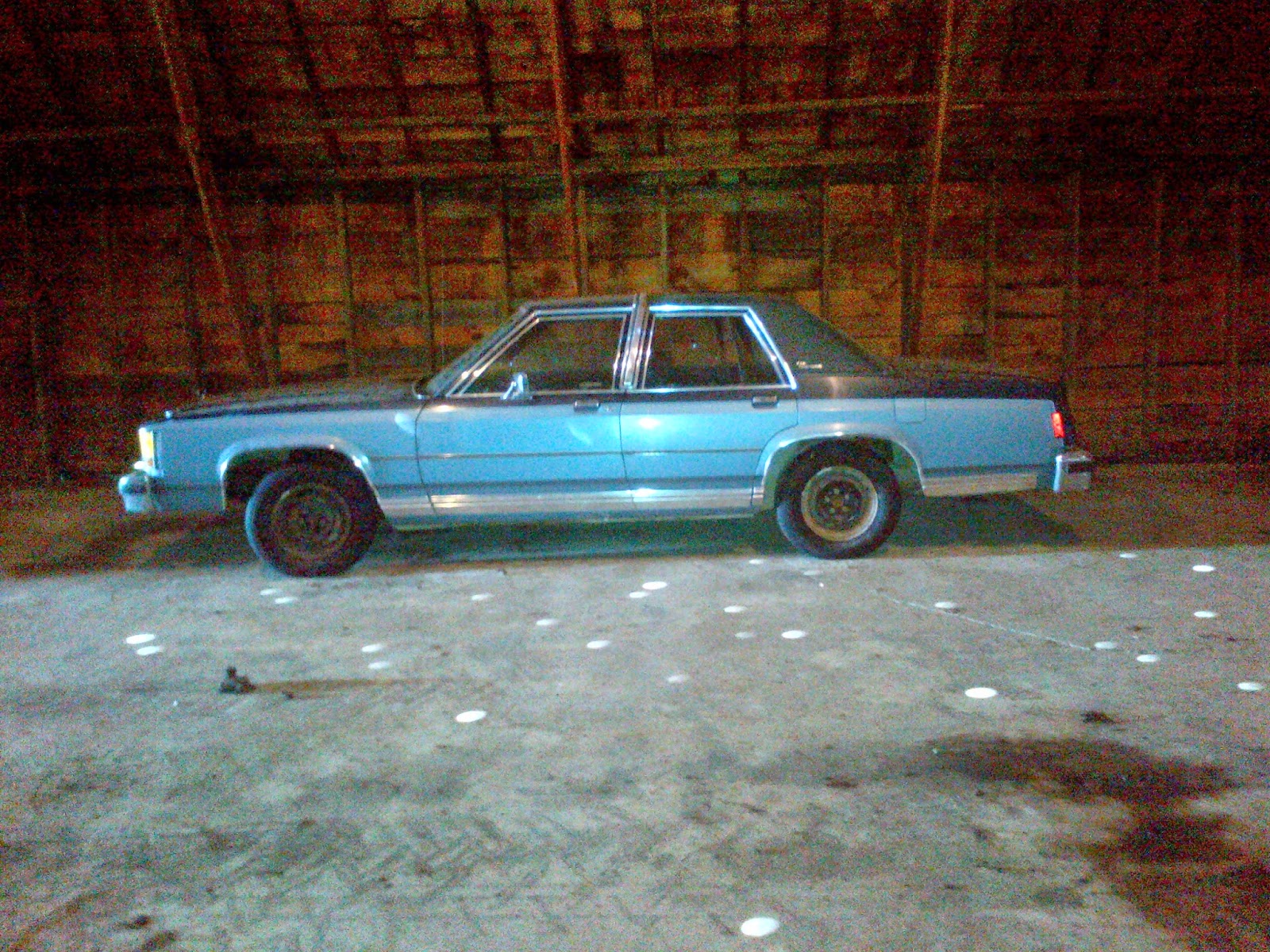 Over all though, I’d say it’s in pretty good shape.  The interior is excellent, everything still works (including cold blowing AC!) and the underside is practically new looking!  There are a couple of minor rust events occurring on the body as we speak, but nothing too bad.  I will be on the hunt for a new rear bumper at some point though, as this one has a small hole in it.

Now traditionally being a GM man, I was initially looking for a B body or a G body, preferably something with 2 doors but a sedan wasn’t out of the question.  I had a next to nothing budget of about $1000-$1500, which back when I was a teenager would have yielded good results.  Nowadays that only buys, well, crap.

There were a few promising looking ads in kijiji that caught my attention.  Tales of rust free, non winter driven cars that only need a few minor repairs for safety draw you in.  But the reality is a car that has Blizzaks on it was probably not “never driven in winter”.

Also, I discovered people have a very liberal interpretation of “rust free” and “surface rust”.  Look, if there’s red, crumbling sections on the car’s body it’s not “rust free”.  And if I can see daylight on the other side of that rust, it’s not “surface rust”.

Anyway, after one particularly disappointing viewing, I was talking to my wife’s uncle and he let me know that her other aunt and uncle were getting rid of their old 1985 Ford LTD Crown Victoria.  They had been given the car from my wife’s grandparents as a B-car.  Only thing is it had been off the road for about 10 years.

My dad and I went to take a look at the old beast and we weren’t disappointed.  It’s a two tone blue four door sedan with a 302.  It wasn’t perfect, but it was in a lot better shape than everything else that I had found.  In the coming weeks I’ll go over some of the stuff we’ve done, what needs to be done and what we dream about doing in the future.

For now the big ol’ girl is resting in the garage getting ready for a safety.  I don’t expect to get her on the road until next year, but it’s good to know that she’s there for some big blue boat cruising.